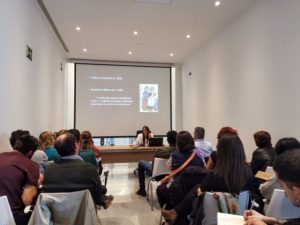 Last Tuesday, March 12, Barbara Boloix gave a lecture on “Nasrid women: between presence and invisibilization”, organized by the Association of Tourism Guides of Granada Taqa. As its title suggests, during his speech he reviewed the textual testimonies preserved in Arab sources describing both Nazari women and details of their activities in the daily, social and family, economic, political and diplomatic life, among other aspects that were analyzed from a gender perspective applied to scientific research of the history and society of the Nasrid kingdom of Granada (XIII-XV centuries). 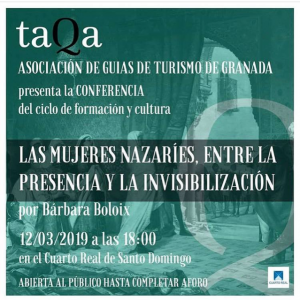