In December last year, 2017, Simon Barton, a member of this research project and Professor of History at the University of Central Florida (USA), left us suddenly. Specialist in the politics, society and culture of medieval Iberia, Islam and the medieval West, aristocratic society in the Latin West and the development of Spanish national identity, dealt with the theme of women in the Iberian Peninsula in her famous book Conquerors, Brides, and Concubines: Interfaith Relations and Social Power in Medieval Iberia (2015), as well as in other works such as “Noble Women and Power in the Kingdoms of León and Castile in the 12th Century” (2011). Unfortunately Simon could not see the granting of this research project, which he hoped always had “fingers crossed” for it to be granted. From here, we express our eternal gratitude to your contribution to make NAZAMER’s execution finally possible; serve this simple memory as a sense of recognition of his memory and his work. 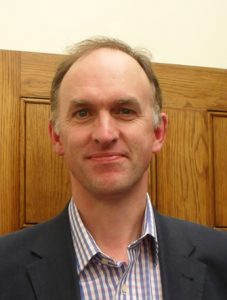 Bárbara Boloix Gallardo will participate on October 25th in the conference cycle”Nisa al-Andalus: historical reflections on women in al-Andalus” organized by Casa Arab de Córdoba between March and November 2018. In his lecture, which will be titled “Life, entity and identity of the Nasrid royal woman: the Sultanas de la Alhambra”, NAZAMER’s PI will address different vital aspects of this group of women, including their ethnic and religious identities, the particularities of the onomatic traditions in which their names were inserted, the roles they played in the Nasrid court, their presence in the Alhambra or their influence on the history of the Kingdom of Granada, among other topics. Alejandro Pérez Ordóñez has published the chapter entitled “Daily life: Andalusian housing through Archaeology in the province of Malaga”, within the volume resulting from the celebration of the XVIII Week of Medieval Studies of Nájera (La Rioja),which was dedicated to “El Islam, present of a medieval past”, which has been edited by the Institute of Riojan Studies in 2018.

In this work, Andalusian housing is analyzed in its urban and social context, paying special attention to the role of women, who have determined the spatial configuration of houses as well as caused their circulation and presence in urban spaces to be regulated. Finally, the most relevant examples of Andalusian dwellings studied by Archaeology in the present province of Malaga are addressed, presenting them in chronological order from emiral times to the Nasrid sultanate.

Alejandro Pérez Ordóñez participates in the XII Appointment with Archaeology, directed by Carmen Inigoz Sánchez (CIS Archaeology) and organized by the Cultural Area of El Corte Inglés de Málaga, with the conference entitled “Archaeology of Andalusian housing in the province of Malaga: a synthesis”, on May 9, 2018 in Malaga. The archaeologist proposes a synthesis of research on Andalusian housing in the province of Malaga, in which the role of women in the family and society has great importance, since it generates formal aspects that define houses typologically, differentiating them from other domestic models of residences around courtyards , Mediterranean tradition.

Last Saturday, September 28, 2018, Desirée López Bernal, a member of the NAZAMER project’s team, participated as a speaker in the IV edition of the International Symposium New Researchers and New Research in Arab and Islamic Studies, organized by the Area of

Arab and Islamic Studies of the Department of Integrated Philologies of the University of Alicante and held, one more year, at the Headquarters of the University of Alicante in La Nucía. The presentation presented was titled “Women in ibn ʿĀṣim’s Ḥadāʾiq al-azehir: from the elite to the plain, mocking and mocked people” and throughout it was intended to highlight the potential of this important work of XIV -XV-century Nasrid literature in terms of the study of women.

Among the topics addressed at the conference is the degree of visibility of women in this work, where, unlike others of the genre (the adab),we do not find chapters specifically intended for stories and news about them. Also presented were the different types of female characters with which it is possible to encounter throughout the “orchards” in which it subdivides the content of the work, taking into account its social category, being of particular interest the data relating to women of the flat people and their daily lives. Finally, the final part of the presentation focused on the study of females from an interesting perspective: that of humor, analyzing the behavior and role of women as mockers and taunts, as well as the jokes made by both women and men about them offered by the work.